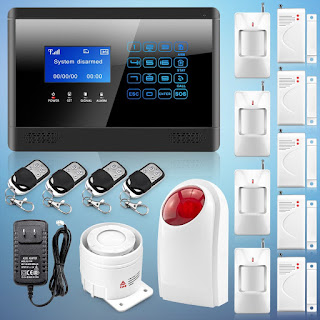 Burglary and hacking schemes are tricky planning. The burglar is not afraid of hacking into security systems and turning them off until they break-in. However, they are scared of recording CCTV cameras that fit in miniature corners, undetectable. The police departments catch burglars through videotape proof. The residents keep their homes and perimeters secure with strict security control systems.

The Types of Security Systems to Keep Burglars Off

The sorts of alarms that trigger noise and 24/7 record the surroundings scare burglars off quickly. The sounds, bells, and noise immediately alerts the residents, security guards and dogs, which can scare the burglar from being arrested. The following alarms can strictly protect your home and keep burglars off at all times.

The motion detectors, body heat sensors, light beam triggers and activated alarm sensors installed in the Wireless Intruder Alarm systems can prove beneficial for keeping off thieves. The sensors immediately conduct movements and temperatures, activating a sound alarm that diverts the guards or dogs towards the place of a break-in. The sensor alarms are necessary to keep stalkers and hackers away as well. Any suspicious movement around the premises will automatically signal the supervisor’s smartphone or trigger a loud alarm. With light beamers, the device can detect a burglar even before he enters the perimeters. The sensor alarms are the basic first line of defence for your home.

Many access control devices with keypads, passwords, biometric installation, sensors and recognition settings keep burglars away, whether you are present in the house or even on a holiday. The access control systems have a great impact on security on every door, window and exit of the house. The system detects and keeps a record of who is entering or leaving the house at all times. The miniature camera fittings on the doorbell and automatic timer locks are perfect for security purposes. For the people who have glass windows, upon breaking it, an alarm turns on itself and immediately warns the people inside.

One of the nightmares of burglars is auto-dial alarms because of their rapid reaction. The auto-dialers are famous for connecting a pre-set number or numbers of emergency, fire or police departments to alert regarding the emergency, fire breakout or burglar break-in respectively. The alarms come in handy when there are prized possessions in the house. An average security alarm will only alert the residents and record the mishap, auto-dialer will automatically call the authorities to take care of the situation instantly. The auto-dialling mechanism has the access to call and respond within minutes of the situation; however it takes responsibility of the owner and supervisor to connect the system with an auto-dial security device only when there is a dire need. In case of false alarms or pranks, the authorities take serious action.

Get a Guard Dog to Protect the Perimeters

Dogs were the only protectors of the house a century back. The ultimate sound alarm you can get is from the barks and fuss of guard dogs. They not only bark to get their owner’s attention and warn the family and residents regarding the break-in but also scare off the burglar. A guard dog has a chain and collar around his neck, but it is long enough to catch the burglar from running. A trained dog can protect your house better than any other security system. The insane movements of a dog can trigger motion sensors immediately and signal a siren as well. They help in protecting the perimeters even before a burglar steps inside the house lawn.

A sound alarm will always scare a trespasser, stalker, hacker and even a burglar when they are up to no good. The security systems with sirens, noise and bells are crucial to warn everyone in the street to alert them of the situation. In unsafe locations in many countries where burglary is common, people get dogs and security access controls in their own hands. The police departments get the videotape regarding the mishap with a prisoner at hand. It is better to stay up-to-date regarding the latest inventions of security systems. It was all about whether burglars are afraid of security alarms or not.

Tips on Buying a Walmart Futon Sofa Or Cushion Chair 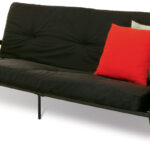 Tips on Buying a Walmart Futon Sofa Or Cushion Chair

June 19, 2022
How does a professional arborist evaluate a tree? 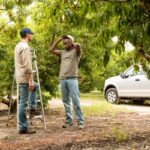 How does a professional arborist evaluate a tree?